Covid-19 House Viewing Guidelines The process for viewing properties in Northern Ireland has changed following Covid-19. Please read the guidelines before arranging a viewing
Read Guidelines
Back Back Back
Back Back Back
Home > Property For Sale > County Antrim > Belfast > Detached 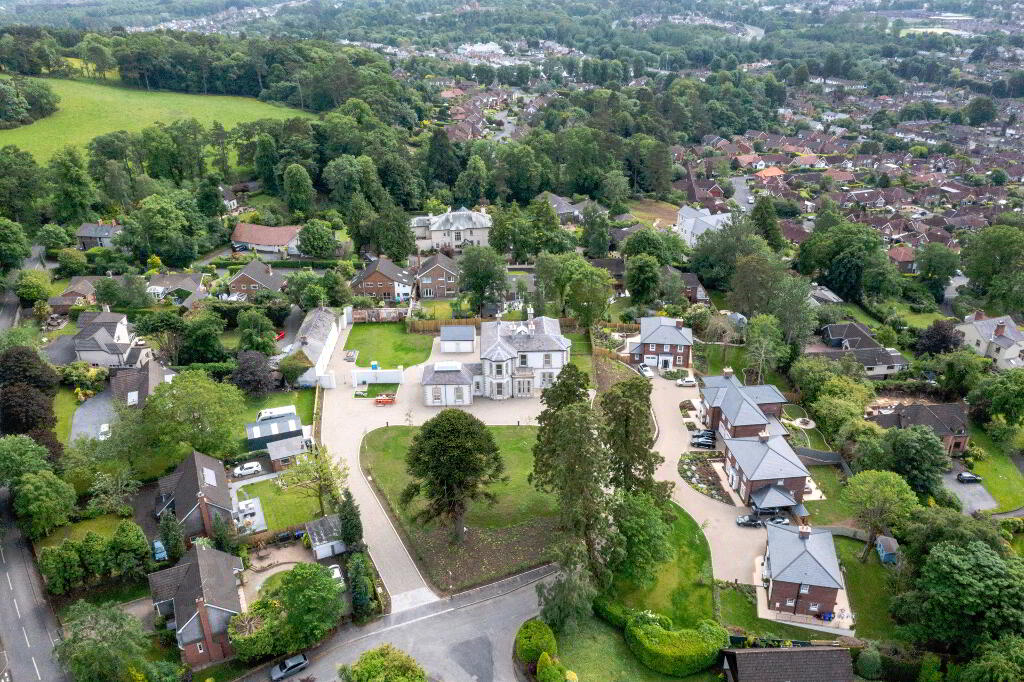 We are delighted to offer one of the finest houses in East Belfast steeped in history yet with a full refurbishment to bring this once derelict Listed Building back to life.

Hampton House is a well-proportioned, detached, four-bay two-storey, rendered Neo-Classical villa, with single-storey entrance porch and projecting canted bays, built 1862, to the designs of Thomas Jackson. The Neo-Classical style is characterised by the shallow hipped roof, raised quoins and fine detailing to parapet and eaves. The building was one of the earliest dwellings designed by Jackson in the east of the city, a list which included Glenmachan Tower, Glenmachan House, Lismachan House and Craigavon House.

Today Farrans have carefully and sympathetically embarked on the full restoration from roofs, windows, floors, walls both internally and externally to offer a 5,000 sqft masterpiece offering comfortable modern living space suitable for the 21st Century with 19th Century architectural heritage.

The house is set on an elevated position within its own landscaped grounds with the benefit of planning permission for two further mews and stable houses. Originally built in the period of Belfast's industrial expansion and previously owned by various members of the city's political ,merchant and professional elite, Hampton House is a good example of a mansion house from the era.

The house will be finished to a turnkey specification ready for occupation.

Hampton House, a two-storey former gentleman’s villa located in the townland of Ballymaghan, was constructed in 1862. Hampton, which was originally known as ‘Glen Ebor,’ was designed by Thomas Jackson and was one of the earliest dwellings Jackson designed in the area between the 1860s and 1870s.

The second edition Ordnance Survey map (1858) records that the townland of Ballymaghan remained predominantly rural in character during the mid-19th century. The only buildings of note to have been erected in the area before that time were Garnerville and Moat House (HB26/12/026 – the precursor to the current house). With the swift expansion of Belfast’s industries and population in the latter half of the 19th century a number of new suburbs were established for the city’s politicians, merchants and professionals in the eastern townlands of Ballyhackamore, Strandtown and Ballymaghan.

The Dublin Builder records that Glen Ebor was constructed in 1862 as a residence for Jonathan Cordukes, a local provisions merchant with business premises on Victoria Street (UTD), to a design by Thomas Jackson. The Dictionary of Irish Architects describes Jackson (1807-1890) as primarily a domestic architect ‘although he turned his hand to buildings of every type, commercial, industrial, educational and ecclesiastical.’

Prior to undertaking work in the Sydenham area, Jackson had been responsible for the early-19th century suburban development of North Belfast. Jackson took inspiration (and the name - Cliftonville) for the new North Belfast suburb from the development of Bristol’s Clifton Suburb where he had received training. Having established his reputation as one of the leading domestic architects in the city, Jackson became the preferred architect to the town’s merchant elite. Between the 1860s and 1870s Jackson designed a number of suburban villas and mansions in East Belfast that included Glenmachan Tower, Glenmachan House, Lismachan House and Craigavon (DIA; Larmour, p. 33).

The Dublin Builder and DIA note that Glen Ebor was faced with locally-quarried Scrabo sandstone in ashlar courses with Tyrone stone dressings and that the Dublin-based contractor, John Murphy, was responsible for the erection of the building (Dublin Builder, p. 112; DIA).

The Annual Revisions initially valued Glen Ebor at £170 and noted that it was a 1st class building that possessed an entrance porch and billiard room. The building was leased by Sir. Thomas McClure of Belmont House, a local landowner and Member of Parliament, and was depicted on the third edition Ordnance Survey map (1901-02) along its current layout (the map also depicted the outbuildings and courtyard to the east side of the house). John Cordukes resided at Glen Ebor until his death in 1865 (PRONI Wills) at which time the house was acquired by Sir. Samuel Black, Town Clerk for Belfast who worked at the Belfast Municipal Buildings (UTD).

KITCHEN - THE HEART OF THE HOME